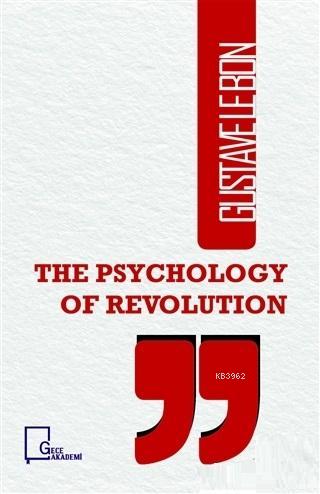 Emeği Geçenler :
The Psychology Of Revolution

What we shall say later on as to the stable foundation of the national soul will enable us to appreciate the force of systems of government that have been long established, such as ancient monarchies. A monarch may easily be overthrown by conspirators, but these latter are powerless against the principles which the monarch represents. Napoleon at his fall was replaced not by his natural heir, but by the heir of kings. The latter incarnated an ancient principle, while the son of the Emperor personified ideas that were as yet imperfectly established in men's minds.

For the same reason a minister, however able, however great the services he has rendered to his country, can very rarely overthrow his Sovereign. Bismarck himself could not have done so. This great minister had single-handed created the unity of Germany, yet his master had only to touch him with his finger and he vanished. A man is as nothing before a principle supported by opinion.

But even when, for various reasons, the principle incarnated by a government is annihilated with that government, as happened at the time of the French Revolution, all the elements... mare, trolling my line. When I got up to her I flung the tarpaulin on her back