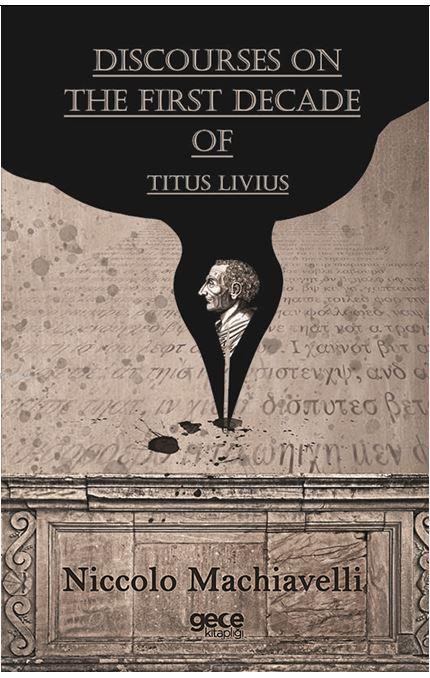 Emeği Geçenler :
Discourses On The First Decade Of Titus Livius

When I see antiquity held in such reverence, that to omit other instances, the mere fragment of some ancient statue is often bought at a great price, in order that the purchaser may keep it by him to adorn his house, or to have it copied by those who take delight in this art; and how these, again, strive with all their skill to imitate it in their various works; and when, on the other hand, I find those noble labours which history shows to have been wrought on behalf of the monarchies and republics of old times, by kings, captains, citizens, lawgivers, and others who have toiled for the good of their country, rather admired than followed, nay, so absolutely renounced by every one that not a trace of that antique worth is now left among us, I cannot but at once marvel and grieve; at this inconsistency; and all the more because I perceive that, in civil disputes between citizens, and in the bodily disorders into which men fall, recourse is always had to the decisions and remedies, pronounced or prescribed by the ancients.
For the civil law is no more than the opinions delivered by the ancient jurisconsults, which, being reduced to a system, teach the jurisconsults of our own times how to determine; while the healing art is simply the recorded experience of the old physicians, on which our modern physicians found their practice. And yet, in giving laws to a commonwealth, in maintaining States and governing kingdoms, in organizing armies and conducting wars, in dealing with subject nations, and in extending a State's dominions, we find no prince, no republic, no captain, and no citizen who resorts to the example of the ancients.