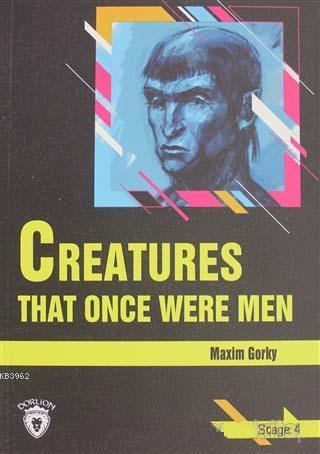 Emeği Geçenler :
Creatures That Once Were Men Stage 4

(Aleksey Maximovich Pyeshkov) was born in Russia. Gorky´s collection of short stories Sketches and Stones (1898), published by a radical pres. Foma Gordeyev (1899) was his first published novel. Russian author considered the father of Soviet revolutionary literature and founder of the doctrine of socialist realism wrote The Mother (1906). In 1914 he returned to Russia and the first of his autobiographical novels My Childhood appeared the same year, followed by In the World in 1916. My Universities (1922) is based on his self- education, universities being closed to peasants such as himself. Gorky writes of his friendship with Leo Tolstoy and Anton Chekhov in Reminiscences.